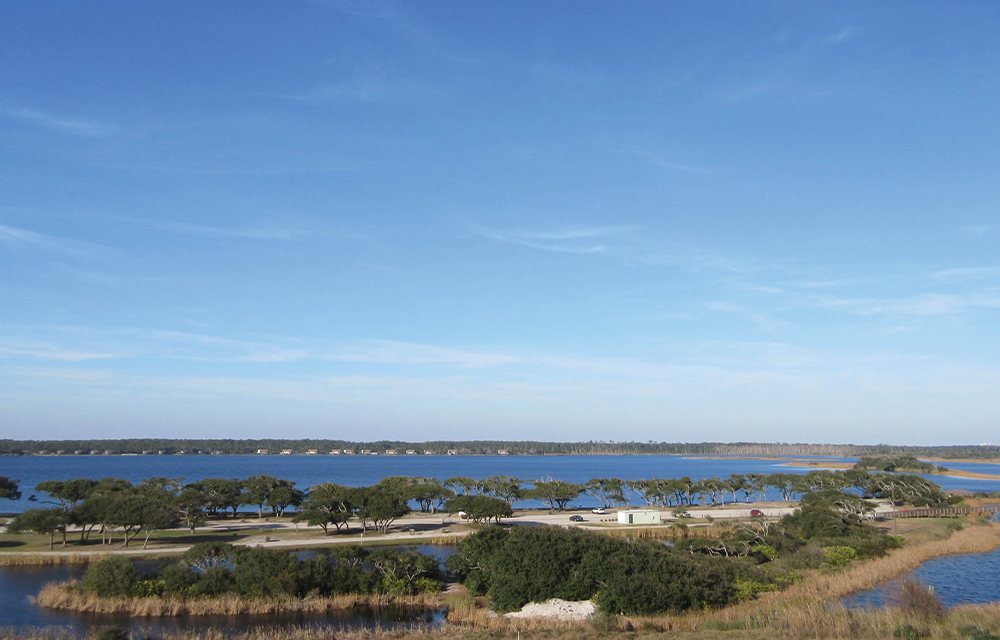 The Gulf State Park Master Plan is the recipient of a 2020 National Planning Achievement Award for Implementation.

After the devastation of Hurricane Ivan in 2004 and the Deepwater Horizon Oil Spill in 2010, residents near Alabama’s Gulf State Park experienced an economic downturn and grasped the critical role that a healthy environment plays in their tourism-driven economy. With economic losses along the Gulf Coast estimated as high as $22.7 billion and long-term environmental impacts still unknown, Gulf State Park needed a plan that extended beyond environmental recovery to build a resilient economic future.

To balance environmental protection needs with the reality of a tourism-driven economy, the team consulted Alabama residents as well as national tourists. With input from individuals across 34 states, the Gulf State Park Master Plan, led by Sasaki, is a roadmap for expanding the community’s local economy into one of the fastest-growing market sectors, sustainable tourism.

Implemented improvements include 15 miles of new park trails, a 350-room lodge, natural habitat protection for the endangered Alabama Beach Mouse, a learning campus, dunes restored with native coastal grass to secure sand, dozens of educational signs throughout the park, and a robust interpretive program of exhibits and destinations that began with a new interpretive center, which is on track for full Living Building certification.

Through both economic and environmental sustainability efforts, the Gulf State Park Master Plan reshapes the narrative of Alabama’s coast by putting it on the map as a global sustainable tourism destination.